South Shore has a huge problem with addiction. It has affected our community in many ways, destroying lives and families. Sunshine decided that it was time to do something about it. At Conference “Recovery at Cokesbury” out of Knoxville Tennessee shared how their Recovery program worked and how we could become a satellite campus. After much thought and prayer, meetings and work, Recovery at South Shore became a part of our community.

Sunshine is not the only church involved, but is the host church. There are several churches involved including First United Methodist of South shore. As we began this ministry modeled after the Recovery at Cokesbury, God had a direction we were to take. If you came to our Recovery ministry on Thursday night, you would be met by some great people greeting you with love and acceptance. They would direct you to a full meal and fellowship. Then you would be directed to the sanctuary for the worship service and message. The youth are directed to a class using Alteen material. After the service there is a time of sharing, prayer circles and anointing.

What we were not ready for was an unexpected partnership. At the same time, we opened our doors to the community, a new residential recovery program opened its doors in South Shore, “Recovery Works”. We have formed a partnership with RW by bringing their clients Thursday nights and on Sunday mornings to worship. God has been at work through this connection. Through this attendance many have made first time professions of faith, as well as coming back to a relationship with God.   It is because of the professions of faith; 10 people have been baptized.

The most recent was in a Sunday morning worship. After communion, one of the men from RW approached me to explain that during the prayer before communion he accepted Christ as he Lord and Savior. He was leaving RW on Tuesday and wanted to be baptized before going home. We continued our discussion as the music continued. He explained that he had been taught what it meant to be a Christian and what it meant to accept Christ and to be baptized. He had grown up and church but had never been baptized. I ask our musicians to continue the closing hymn while I went and got water for the baptism. What an amazing way to close out a communion service. He was the 10th person out of Recovery at South Shore to be baptized since January.

God has brought about other amazing God moments through this ministry. One of them was the opportunity to hold a Rally against Substance abuse during South Shore’s Quilt Festival. Rick Adkins (director for Recovery at South Shore), Micky Richardson pastor at First UMC at South Shore, Bill Bentley (our State Representative), and several other leaders from other churches as well as myself, planed the event. The Rally was to bring awareness of the substance abuse in our community and how to find hope and help for those being affected by addiction. The rally involved bringing the Omega Force Strength team to South Shore as well as “Amy for Africa” as a keynote speaker.

As we were planning the event we found out that Erica while growing up, had sang in her local church regularly. Since her addiction she had stopped attending and with that stopped singing. On a Thursday she sang for us at Recovery at South Shore, and what an amazing voice. We ask if she would be able to sing for the Rally and Erica agreed. RW agreed to allow her to come and sing as well as the entire group from Recovery Works to attend the Festival to cheer Erica on. It was the first time in years she had sang in front of an audience and what a great time it was. God truly used this moment to bring healing to Erica as well as several in the community. As the community interacted with the RW clients, healing was brought to both the community and our friends from RW. Many people had misunderstood RW when it came into the community and spending time with them brought an understanding that the clients could easily be their sons, daughters, parents or friends. Our local Masonic lodge had a food booth at the festival and were so inspired that they treated the group to soup beans and cornbread.

By doing the Rally at the Quilt Festival we were invited to do assemblies at Mckell Middle School and Grays Branch Elementary School both of Greenup School systems. Even though the name of Jesus was never spoken by “The Omega Force Team”  or any of the adults leading the assemblies, several times you could hear the students chanting Jesus, Jesus, Jesus at the top of their lungs. The students received the message and the excitement from both assemblies, another way Recovery has opened doors in our community.

When our churches involved in Recovery at South Shore were afraid when we first began this talking about beginning a Recovery ministry. They were not sure if they were equipped to make a difference in people’s lives, they were not trained or professionals. They knew God has given the vision, and so they stepped out and allowed him to supply the strength and gifts for the ministry to work. Some of our Group cook the meal, greet those in the parking lot, lead a youth class, lead the worship, set up before and clean up at the end, minister to the needs of those in attendance and all are involved in pray! What has been true with this ministry is the saying; “God does not call the equipped but equips the called.” When we allow God to use us great things can happen! 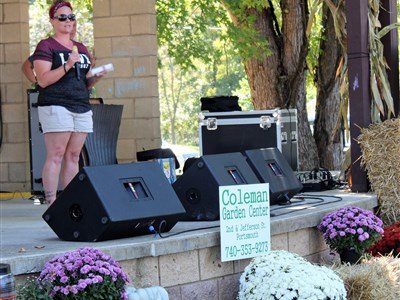 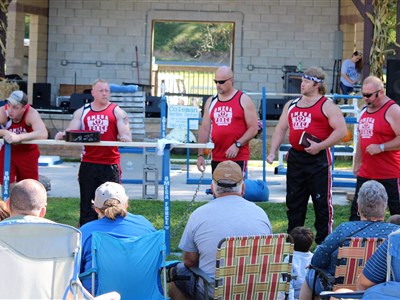 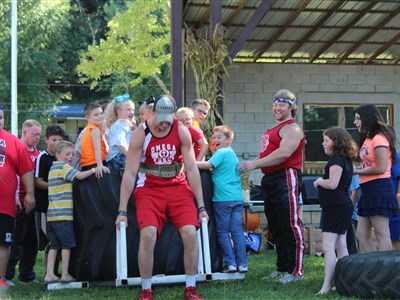 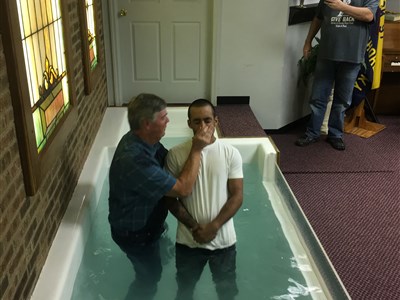 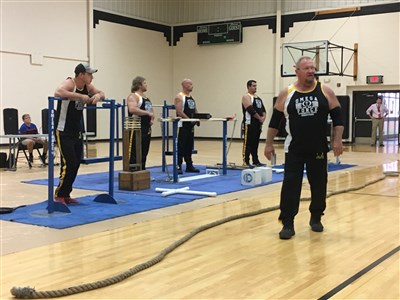